Would Your House Pass An Electrical Safety Inspection? 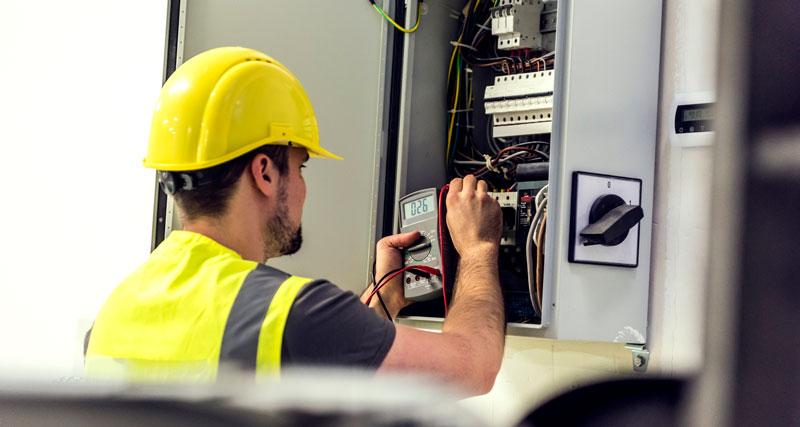 A home’s electrical system is often taken for granted, but it is a powerful tool that must be respected. If the system is not properly maintained, it could fall into a dangerous state for those using it. There are also situations in which the improper use of a power system could lead to danger. A common electrical safety inspection can identify electrical hazards at home including poor wiring, appliances near water sources, unprotected electrical outlets and the improper use of extension cords and power strips. In many cases, these situations will be obvious if you look for them.

Routine checks of your system will prevent any existing issues from becoming more serious. For instance, you might have a power strip that is overloaded, or possibly you’ve plugged one power strip into another. This can be dangerous since there is a high probability of an electrical fire. Wiring can degrade over time in your home, so inspections are a good way to ensure that nothing is in danger of deteriorating past the point of functionality. Most inspectors will recommend re-wiring a space long before the old wiring naturally degrades.

To help train young children regarding the dangers of electrical systems, BC has started an initiative called Electrical Safety Week in which students are taught the important facts about dealing with electricity. The initiative includes a number of interactive elements designed for maximal engagement with younger children, which hopefully will create lasting impressions and good habits.

Knowing where the dangers lie with these systems is half the battle. In many cases, the reason behind a fault or issue with an electrical system is simply because the user didn’t fully understand what they were doing. There are a surprising number of people who aren’t aware of the dangers of overloading a power strip, for example. Others might not be aware that using water to quell an electrical fire can do more harm than good. By making these issues more commonly understood, they can be avoided easily.

For commercial installations, a Field Safety Representative will have to issue the inspection. A Field Safety Representative has gone through the necessary steps to earn accreditation as such, which include work as an electrical installer under the appropriate credentials and passing an exam to receive a certificate. A safety officer must also inspect new installations in a residential home, and an initial inspection must be done before the system is connected to a power source. A final inspection after connection to a source is required as well.

If you are in need of an inspection for your residential or commercial installation, contact the professionals at AJ’s Electrical. You can reach the company via phone at 604 359-1989 or email at info@ajselectrical.ca. Our team is more than capable of helping you with any of your electrical needs, so don’t hesitate to get in touch.